Unique show.  6 piece ensemble in a room the size of a comfortably large living room playing jazz from Glenn's first ever cd called "Not A Word."  I've seen this guy play with everybody and their brother, all genres, all venues, all ways...except instrumental jazz.
Everybody who played on the cd was at this show:  Joel Guzman on keys, Dony Wynn drumming, Alex Coke on sax and other woodwinds, Kevin Flatt on bass and not on the cd but also at this show was the percussionist Jose Rossy.  Believe he and Dony played together with Robert Palmer.  Jose also played with Weather Report.  That alone blows my mind.  One of the many things that makes living in Austin so dang special.
So, I bought this cd 3 months ago, before it officially was out, when Glenn was playing bass at another show.  I'll say jazz, particularly instrumental, a little goes a long way for me.  I love jazz vocal and there is an occasional  instrumental that will knock me out but as a rule, I want lyrics, melody, my usual rock n roll, Americana, whatever.  But I bought this cd, listened to it and the thing grabbed me straight off.  I don't know how to describe it except to say every time I listen to it, I get lost in it.  Tune out what I'm doing and just listen.  Guess that's all you really need to know.
So, when I saw he was going to do a cd release show at this little room, I was thrilled.  The place was packed!  SRO  I know some people who were turned away.
It was very cool to listen live to "Not A Word" and watch all of these exceptional, even for Austin, musicians play this room.
I didn't take any pictures or video.  Wish I had at least snapped a photo.  So, I'll just post the cd cover and tell you if you like jazz at all, buy this baby.  Really, once "Ha Ha Hawaiian" starts, you'll settle in. 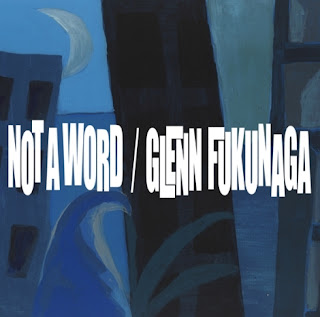